0 ItemsCheckout
Main Menu
Site Menu
Home » Articles » Creation Nuggets » What is being taught along with Evolution?? »

What is being taught along with Evolution??

“In a universe of electrons and selfish genes, blind physical forces and genetic replication, some people are going to get hurt, other people are going to get lucky, and you won’t find any rhyme or reason in it, nor any justice. The universe that we observe has precisely the properties we should expect if there is, at bottom, no design, no purpose, no evil, no good, nothing but pitiless indifference.” ― Richard Dawkins, River Out of Eden: A Darwinian View of Life

…As a result those above mentioned ills turned out some of the most nefarious philosophies on earth, like eugenics, Atheistic Communism, and even heavily influenced Hitler and Nazism and his pursuit of a master race. All of these were evolutionary based, political philosophies that ended up starting 2 World Wars and killing millions over the last 100 years or more. Sanitizing populations based on strength, resulted in profound racism, war and genocide, not a better understanding of human nature. As a result it should be apparent that using strength as a measure of human value has rendered meaningless all of the higher, noble qualities unique to mankind.

…All they know is science says we are apes, so lets act and govern like apes. To hell with virtue, morality, absolute truth, reason, and the higher call of religion that is without question the defining factors of what it means to be human. All evolution has done is destroy a millenia of human understanding in favor of a philosophy that rationalizes brutality and tyranny as the sole governing compass of humankind.” 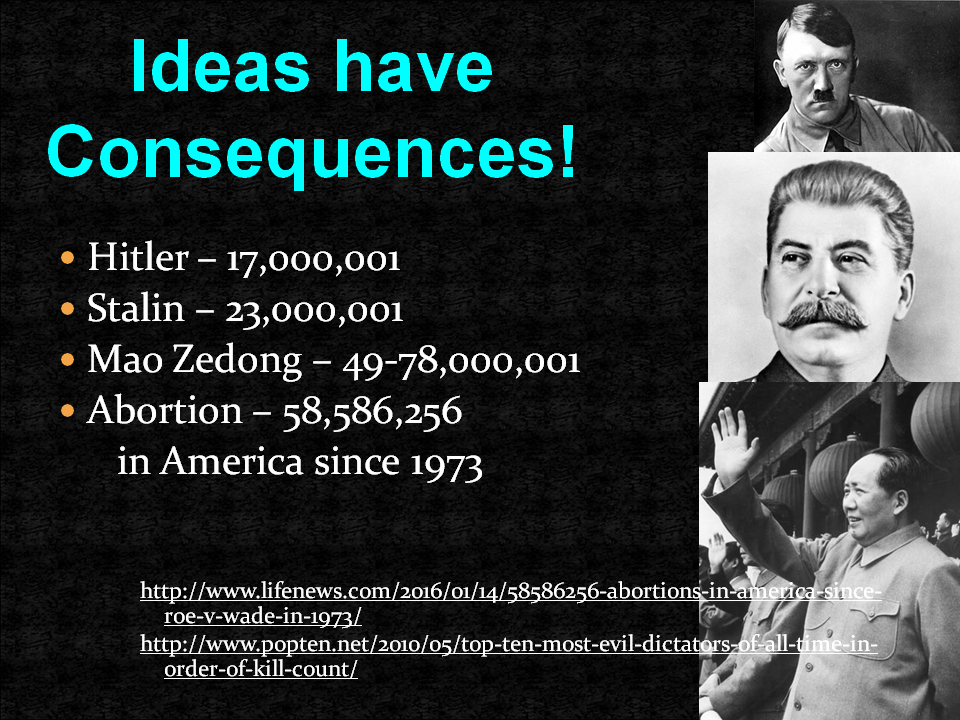