How Did the Sun and Planets Get Off Their Plane?? 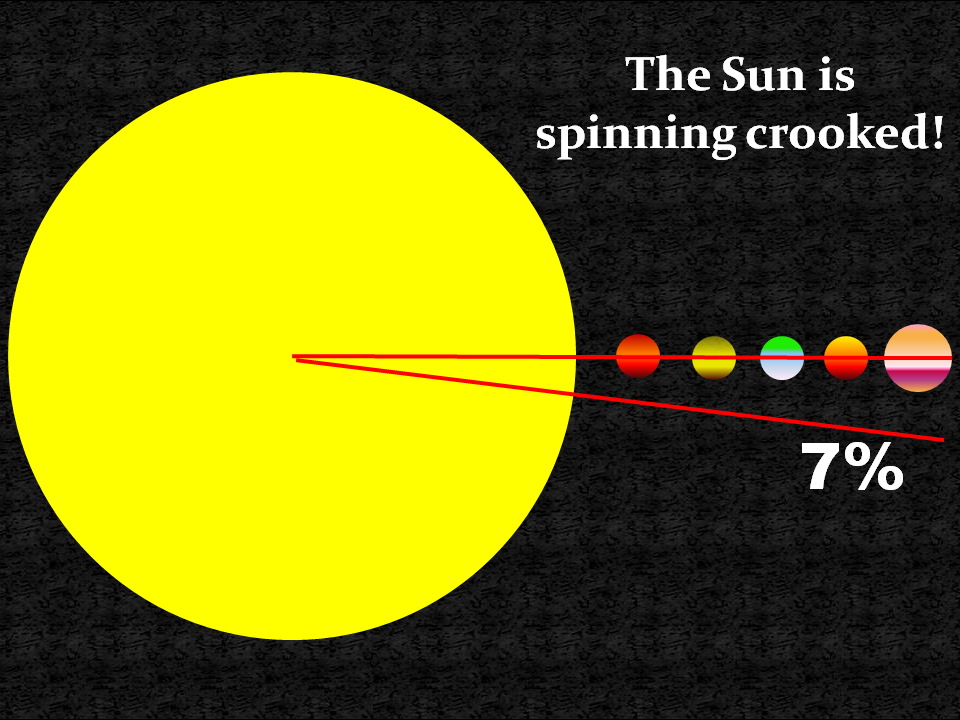 “If the sun and the planets were formed by a collapsing nebula, then the sun should be spinning in the same plane as the planets. However, its axis is tilted 7.167º away from the ecliptic, which is defined by Earth’s orbit. A better comparison would be Jupiter’s orbital plane, since it has most of the planetary mass and angular momentum of the solar system. Jupiter’s orbital inclination is 1.308º from the ecliptic, so this still leaves almost 6º difference.

The anomalous tilts of the planets are usually explained by invoking collisions,8 but this would not apply to the sun.9”

This is still problematic to the long-age Big Bang viewpoint!