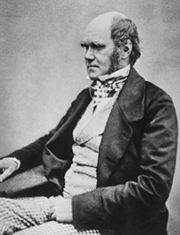 “During the time when Darwin’s wife, Emma, stayed faithful to her creation beliefs, “Charles diligently laboured to eliminate every vestige of the Christian faith from his thinking. This was no easy feat, but he applied interminable, determined effort to the task” and succeeded marvelously (p. 126). Clear evidence exists of this worldview change in the Western world. In his autobiography, Darwin wrote that the Christian faith was “manifestly false”, the Bible is “no more to be trusted than … the beliefs of a barbarian”, and “the Christian God is not a loving father but rather a ‘revengeful tyrant’.” (p. 126) Although Darwin did at times … make reference to a ‘Creator’ in his public writings, he admitted in private letters that this was merely a marketing ploy intended to curry public favor. Darwin wrote, ‘I have long regretted that I truckled to public opinion, and used the Pentateuchal term of creation, by which I really meant “appeared” by some wholly unknown process’” (p. 126).”