Was There Rain Before the Flood? 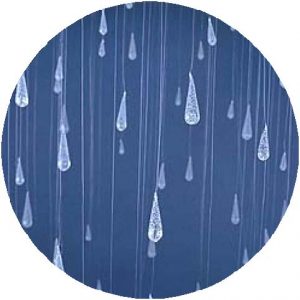 “Many older creationist models asserted that there was no rain or rainbow before the Flood, based on Genesis 2:5, “for the Lord God had not caused it to rain on the land”, and the Noahic Covenant in Genesis 9:13. This is supposed to result in a warmer and more even climate in the antediluvian world.

Yet the first passage is describing the situation before Man was created; it is silent on whether there was subsequent rain in the 1656 years before the Flood (Genesis 5). And there are plenty of examples in Scripture where God took pre-existing objects or actions and bestowed a new covenantal meaning on them. For example, bread and wine obviously pre-dated the Lord’s Supper.

Furthermore, the Bible gives no indication that the ‘laws of nature’ (really God’s regular ways of upholding His creation14) were any different before the Flood from what they are now. Yet they would have to be if there were no evaporation, precipitation and differential refraction before the Flood.”