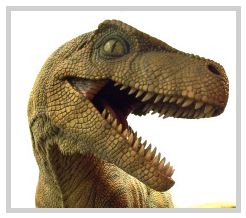 Posted by Brian Mariani on Feb 8, 2018 in Creation Nuggets | 0 comments

Take a look, which one do you think makes more sense?

“If evolution is true, we should expect that:

[Reality] In fact, all dinosaurs appear fully formed in the fossil record, without trace of an ancestor, and there is not one single dinosaur fossil that can be called an intermediate form between any of the types known.

On the other hand, if creation is true, and the dinosaurs were created on Day Six of Creation Week, we should expect that:

To read more on these expectations: https://creation.com/dinosaurs-and-dragons-stamping-on-the-legends