Where Did Cain Get His Wife?

Posted by Brian Mariani on Nov 2, 2017 in Creation Nuggets | 0 comments 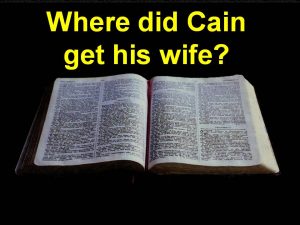 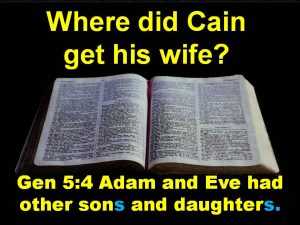 The answer is clear from Gen 5:4 – Adam and Eve had other sons and daughters. In short, he married his sister. It may sound weird to us in our current, modern culture, but in the past, many cultures did not have the stigma that marrying within the family was bad. In fact, with Isaac and Jacob, marrying within the family was encouraged and that was only written into law later. Early on in human history, the genetics were more pure from the beginning and so there would not be a problem with the genetics…it is such a problem today because of the genetic load of mutations that we all have within our genes and thus if brothers and sisters today would have kids those mutations would match up – leaving no good genes in certain places and causing more genetic diseases.