Cross-bedding is Awesome and Evidence of a Flood!

“The thickest sets of cross beds in the Coconino Sandstone so far reported are 30 feet (9 metres) thick. Cross beds of that height imply sand waves at least 60 feet (18 metres) high and a water depth of around 300 feet (between 90 and 95 metres). For water that deep to make and move sand waves as high as 60 feet (18 metres) the minimum current velocity would need to be over 3 feet per second (95 centimetres per second) or 2 miles per hour. The maximum current velocity would have been almost 5.5 feet per second (165 cm or 1.65 metres per second) or 3.75 miles per hour. Beyond that velocity experimental and observational evidence has shown that flat sand beds only would be formed.”

“…Now to have transported in such deep water the volume of sand that now makes up the Coconino Sandstone these current velocities would have to have been sustained in the one direction perhaps for days. Modern tides and normal ocean currents do not have these velocities in the open ocean…Thus catastrophic events [tsunamis] provide the only mechanism, which can produce high velocity ocean currents over a wide area.” 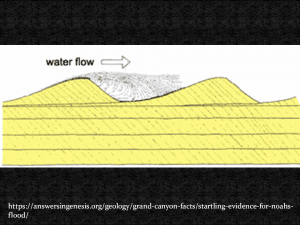 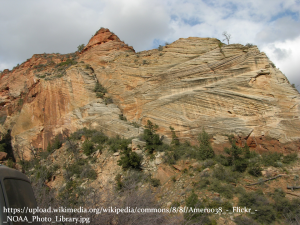 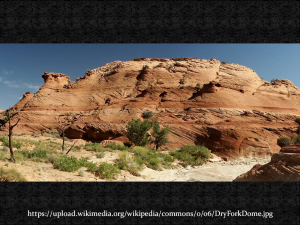