Is there Extraterrestrial Life elsewhere in the Universe? 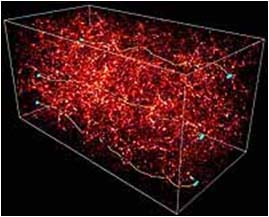 There is a lot to this question, but Biblically speaking – God created Earth for Life and Life for Earth. I once heard this argument in favor of the existence of alien life: “The Bible doesn’t say that God didn’t create aliens.” But I think a better starting point is focusing on what the Bible DOES say. Genesis 1 talks about God creating the dry land on Earth, the plants on the dry ground, then the sun, moon, and stars were created, then the sea and sky creatures on Earth, then the land animals and man. The focus is on the Earth. No mention of life elsewhere.

Some would argue that since the size of the Universe is so big that if life evolved on Earth, it must have also evolved in other places throughout the Universe. But from what we see in science – we are having problems figuring out the origin of life on Earth, which is perfect for life – so how can we expect abiogenesis and evolution to have occurred elsewhere? And we have also found that there are at least hundreds of factors (potential for atmosphere, potential for liquid water – not too close or too far from its star, gravity, magnetic field, etc) that would limit what planets could have life – so there really aren’t that many viable options out there in space.

There are many more questions that arise with the topic of Aliens, if you are interested – check out the film Alien Intrusion – –> Find a Theater Near You: http://bit.ly/2hFVFF3