Posted by Alpha Omega Institute on Aug 8, 2014 in Marianis from the Front, The Biggest Challenges to Evolution | 2 comments

There are countless stars in the universe and with each star, there could be many planets. How do stars form? How do rocky planets form and how do gas planets form? What causes stars and planets to form? Have we observed any form? How often should a star be born? How does this evidence affect the age estimates of our universe?

“In the Milky Way today the average annual star formation rate is ten solar masses,” but it is thought to have been much higher in the past.[i] “Researchers still do not know the details of how clouds of gas and dust collapse to form stars, or why most stars form in groups, or exactly how planetary systems form.  Young stars within a star-forming region interact with each other in complex ways. The details of how they evolve and release the heavy elements they produce back into space for recycling into new generations of stars and planets remains to be determined through a combination of observation and theory.”[ii] 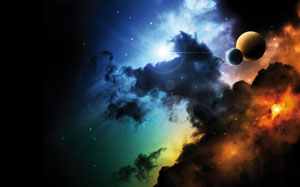 All over the universe, nebulae (large gas clouds) and galaxies serve as stellar nurseries where stars are born. Complex interactions of gravity and other forces from nearby objects condense and collapse a gas cloud into a dense rotating sphere, which first becomes a protostar. The Hubble Space Telescope has captured places of dense, star-birthing areas, like the bright resonance ring within the NGC 3081 galaxy.[iii] Often radiation and compression waves from other stars will trigger further star formation in dense clouds of gas.[iv] In this dense, rotating protostar, the inside of this sphere heats up due to the increased pressure, which causes nuclear fusion (fusing hydrogen atoms together to make helium) to occur, which is the lighting up of the star. “Stars are responsible for the manufacture and distribution of heavy elements such as carbon, nitrogen, and oxygen.”[v]

Right after a star is formed there is still a lot of mass circling in a disc around it. In the Core Accretion Model, over millions of years, these bits of rocky, heavy elements slowly condense, collide and clump together due to gravity to form rocky (terrestrial) planets. In this model, lighter elements are blown further away from the sun and are therefore more dense and abundant to be able to condense into the gas planets. There must be great forces pushing the gas together since the force of the expansion of gas is greater than gravity and this must have happened very quickly, which is a challenge to the theory. The forces and speed of these rocky and gas planets must be just right or else the planets will spiral out of control and possibly into the sun. Early on in each planet’s formation, the moons would have been created by large impacts or by capturing other floating material in the early solar system.

Because of the challenges to the Core Accretion Model, the Disk Instability Model is becoming more popular and presents answers showing that the gases would coalesce very quickly to form gas planets even “in as little as a thousand years.” This model shows that “clumps of dust and gas are bound together early in the life of the solar system” and “they also quickly reach an orbit-stabilizing mass that keeps them from death-marching into the sun.”[vi] 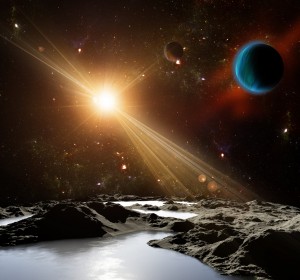 “Scientists think Earth started off as a waterless mass of rock. Radioactive materials in the rock and increasing pressure deep within the Earth generated enough heat to melt Earth’s interior, causing some chemicals to rise to the surface and form water, while others became the gases of the atmosphere. Recent evidence suggests that Earth’s crust and oceans may have formed within about 200 million years after the planet had taken shape.”[vii]

[i] Keith Cooper, When Did the Universe Have the Right Stuff for Planets? September 4, 2012, Astrobiology Magazine, Space.com, http://www.space.com/17441-universe-heavy-metals-planet-formation.html, accessed June 20, 2014.

Still looking for a Christmas present for anyone? How about a Creation Tour!?!? Contact us for even personal Tours to Yellowstone, Arches & Canyonlands! discovercreation.org/camps-to… Or Canyon Ministries at the Grand Canyon – 25 years of ministry! (canyonministries.org) pic.twitter.com/meNN9LB5Gd

How Do Babies Learn?? “Did you know that, “Right at birth, babies can tell the difference between most vowels and consonants in every language in the world”? (p. 65). In addition to this, “babies already prefer listening to their native language..." discovercreation.org/blog/202…

This looks like a great opportunity for Dads and Sons!! coloradofatherson.com pic.twitter.com/6Qyi2tESTH

An evolutionist/atheist admits that their view is ultimately a belief! "It is perfectly safe to attribute this development to ‘natural selection’, so long as we realize that there is no substance to this assertion, that it amounts to nothing more than... discovercreation.org/blog/202… pic.twitter.com/7KTIb31T9j

Carbon-14 in Dino Fossils – Impossible or Reality?? This evidence points to the fact that the fossils couldn’t be millions of years old – pointing to the Biblical timeline of only thousands of years of Earth history! creation.com/media-center/y…

What Faith in Evolution! -Regarding animal instinct to complex human reasoning: “We are the heirs of an unfathomable wisdom. Through Darwinian trial and error, our genome has internalized the knowledge of the generations that have preceded us.” discovercreation.org/blog/202…