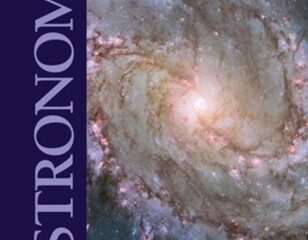 Posted by Alpha Omega Institute on Apr 7, 2011 in Books and movies we like, Creation Nuggets | 0 comments

This Biblically based book by Dr. Danny Faulkner is a great introduction to the universe that will capture the attention of any budding astronomer.  Every page has color pictures with text to beautifully illustrate your journey through the universe.

Faulkner uses a logical progression starting with what is astronomy and the overwhelming immensity of the universe.  Before the galactic tour begins, he has two very interesting chapters: “Why did God Create the Heavenly Bodies?”  and “Space Exploration.”

Throughout the book, God is honored as the Great Creator of the Universe and all the wonders it contains.  Many scriptures are quoted with explanations.  For example, the effects of sin touched every portion of the universe.  Faulkner goes on to explore the rest of our solar system.

One of my favorite parts is about the sun.  Life on earth would be totally impossible if our sun were a variable star.  Unlike other stars, our sun varies only a few tenths of one percent.  Thank God for our constant sun!

The facts about age and origin of the moon were equally amazing.  As a 9-year-old on July 20, 1969, I followed the moon landing with a passion and knew nearly every crater’s name.  My young mind wondered, “When will astronauts visit the sun?”  This humorous example shows that even younger children will read and re-read this book.

Faulkner concludes with:  “Catastrophes in the Solar System.”  He even touches on “Did an Asteroid Kill the Dinosaurs?”

Originally published in the May/June 2001 issue of Think and Believe.

People are Amazing! Right?? (Due to Evolution or Design? What do you think?) creation.com/people-are-ama… pic.twitter.com/v4Jh3m9Qy9

Not enough stuff to say for sure that there’s an Oort Cloud! creationresearch.org/comets-k… pic.twitter.com/vVt82xyblm

The Positive Case for Creation: Is there evidence to show that Creation Science is true? “When we examine the world, we find abundant positive evidence to support these claims. Here are just a few examples... youtu.be/It0GaRg2fW0

C-14 in Soft Tissue in Dino Bones!! This is evidence that these tissues could not be millions of years old!! See more here: icr.org/article/carbon… pic.twitter.com/7wD4vdZunx

Could you do two things?? 1.Equip Yourself! When you register, you will get a 10% discount for our Yellowstone Creation Christian Tours (Aug 26-30 or Sept 2-6, 2022)!! - discovercreation.org/camps-to… 2.Share with your Family and Friends! Register Here: DiscoverCreation.org/Online pic.twitter.com/XkS0GSvM7F

Sometimes we focus too much on the physical things in life! But where is the battle? pic.twitter.com/AL1ky4qLNb

“If you believe in equality, compassion, consent, enlightenment, science, freedom, and progress – then you are a believer in the supernatural.” Interesting book! We haven’t read it yet, but it sounds good – And so as with EVERYTHING, be discerning! usstore.creation.com/product/…

Many parents have expressed the Heartache of seeing a loved one walk away from their faith! Many say that they believe in Science rather than Religion. They are deceived! INVITE YOUR FAMILY AND FRIENDS – IT MIGHT RESULT IN THEIR SALVATION!! DiscoverCreation.org/Online pic.twitter.com/bvyKYlDnsf

Golf balls and swimsuits point to God the Designer!! youtube.com/watch?v=Sdik1K…