The Bible and Archaeology 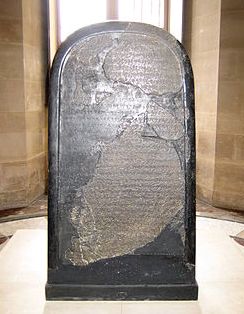 The Bible speaks about hundreds of ancient cities, kings, names, and events.  Is everything written in the Bible really true?  Important discoveries in archeology (sometimes spelled archaeology) have shown that the Bible is true.  Here are just a few of these discoveries.

The Bible tells about a group of people called Moabites that attacked Israel.  The Moabite stone was discovered in Jordan in 1868.  It records, in the rock, the Moabite attacks on Israel.  The Bible was right!

The Bible tells about a group of people called the Hittites, mentioned 47 times.  One hundred years ago there was no archeological evidence to prove the Hittites ever existed.  Some people said they never existed and you were ignorant to believe in the Bible.  But the Hittite capital and records were discovered at Bogazkoy, Turkey.  The Bible was right all along! 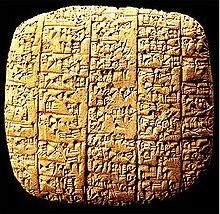 In northern Syria in the 1970’s, thousands and thousands of clay tablets were found.  These Ebla Tablets tell of a certain story very much like the Bible creation story.  They also speak of a flood story like that of the flood story in the Bible. The Ebla Tablets talk about Abraham and Isaac.  They also tell of two sinful cities, Sodom and Gomorrah.  Some people who do not believe, said that Ur and other Canaan cities of the Bible did not exist.  However, the Ebla Tablets showed the Bible was correct!

The Bible talks about the city of Jericho which was surrounded by a great and mighty wall.  God had the Israelites march around the city once a day for six days.  On the seventh day they encircled the city seven times, the priests blew their trumpets, the people shouted, and the walls fell flat (Joshua 6).  Archeologists have found evidence that at the time when the Israelites entered the country, Jericho was a real city, had a high wall, and was heavily protected.  In 1997 at the base of the city ruins, evidence was found that showed “the wall fell beneath itself”, just like the Bible said!

The Bible speaks of slings and stones used as important and deadly weapons of war.  They were used by David to kill the giant (1 Samuel 17), and the Israelites used them in war (2 Kings 3).  There were 700 Benjamites who were so good with a sling and stone that they could use either their left or right hand and never missed (2 Chronicles 12)!  At dig sites in Israel, archaeologists have found evidence that sling-stones were among the most important weapons of ancient armies.  The Bible was right again!

The list goes on and on and on!  So many Bible cities, people, and events have been discovered through archeology that the Bible is thought to be the most important history book there is.  Archeological discoveries continue to show God’s Word is true!

Originally published in the November/December 2008 Kids Think and Believe, Too! Check it out for activities and a maze.