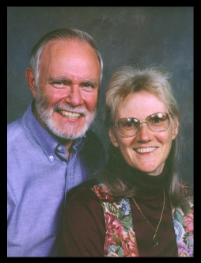 Dave and Mary Jo Nutting are the Founders and Directors of Alpha Omega Institute. They were college math and science instructors when they first grappled with the problems of evolution and became convinced of the evidence for Creation. Their personal contact with students convinced them of the importance of the issue, not only in science, but in evangelism and Christian growth. Since founding AOI in 1984, they have spoken extensively, giving presentations for churches, universities, camps and tours both in the USA and internationally.

*The ministry of AOI, including the speakers, is a support based ministry. This ministry cannot continue without God’s Work – including His Work in calling others to be a part of this ministry with finances and prayer. Be a practical part of the Nutting’s ministry. Pray for them and Donate now designating your support to the “Nutting Ministry Fund.”

It is now over 150 years since the publication  of Charles Darwin’s culture-changing book, On the Origin of Species, but the question remains, “Was Darwin  Wrong?” Dave Nutting gives compelling reasons from the fossil record to show  that evolution doesn’t hold up. He exposes the battle for your mind and  demonstrates how people get fooled into believing evolution by the pictures  they see. Using examples from the fossil evidence and artistic reconstructions,  Dave encourages children, youth, and adults to ask the right questions, to  evaluate so-called “scientific” evidence, and to stand firmly on God’s Word.

Evolution is taught as “fact” in textbooks,  schools, museums, national parks, and the media, but has modern science really  confirmed Darwin’s theory? Mary Jo Nutting shows why the common “proofs”  of evolution do not hold up to scientific scrutiny, but instead affirm the  Biblical account of creation and the fall. This understandable, beautifully  illustrated program helps you and your family ask the right questions so that  you will not be taken in by “accepted” scientific dogma and typical  textbook arguments.

It's a War Out There: The Battle For Our Children's Hearts and Minds (Dave Nutting)

According to youth evangelist, Mark Cahill,  “The number one reason young people give for rejecting the Gospel is  evolution.” Few adults understand the intensity of the attack on their  children’s faith which escalates to a ferocious battle in “higher academics.” Students  in public schools, Christian schools and homeschools, alike are not immune to  the systematic “de-faithing” they will likely encounter from schools,  universities, friends, media, and the internet.   Having spoken to many university audiences over the years and seeing  what has derailed even solid kids, Dave’s impactful presentation will sound the  alarm and help you prepare them well! Parents, make sure your middle school and  teens (and even upper elementary) students also attend this session.

So What? What Difference Does It Make? (Mary Jo Nutting)

The Bible tells us that we were created in the  image of God – evolution says we are products of time and chance, just  glorified apes. What difference does it make for our daily lives in the 21st  century? Using stories and personal illustrations, Mary Jo shows how beliefs  about creation and evolution impact 3 main areas of life: social, spiritual,  and personal. She encourages young people and adults to find true meaning and  purpose in life by trusting their Creator and discovering His plan for their  life.

Design in nature points to an Intelligent  Designer, not random chance and accidents. Fascinating examples from the living  world support the claim that “The evidence cries out: Creation!” This fun and  delightfully illustrated program is suitable for both children and adults.

How do dinosaurs fit with the Bible? Have people  ever seen dinosaurs? What’s the evidence? Evolutionary interpretations lead  children astray. Ancient artwork and artifacts from around the world depict  creatures that look like dinosaurs. Did these ancient artists base their  artwork on dinosaurs they had actually seen? Join “Dinosaur Dave”  Nutting as he paints a new view of dinosaurs – one usually not taught in museums,  schools, or books. Using vivid color visuals, Dave presents the evidence and a  view of dinosaurs that is consistent with the Bible. Bring your skeptical  friends!

A Creationist Tour of Our National Parks: Time is Not the Hero of the Plot! (Dave Nutting)

Geologist, Dave Nutting, takes you on a virtual  tour of national parks and other locations. He shows the “other side” of the  geologic story – the side that park rangers don’t usually mention. Does it take  millions of years to form geologic features? Dave says, “No!” He shares from  research and field study how deep canyons were carved quickly through solid  rock in as little as one day. Giant ripple marks, massive gravel deposits,  enormous “now dry” waterfalls, and other fascinating features all  point to catastrophic floods in the past. Learn how these could relate to  Noah’s Flood and subsequent events. After this visual tour, you will see the  scenery through different eyes on your next vacation!

Do science and the Bible fit together? What is  the relationship between faith and evidence? Learn why it is so important to  understand the difference between scientific investigation and Biblical  revelation. Discover how to integrate science and Scripture using the Biblical  model of earth history, from Creation through the Fall and Flood and beyond. God’s  Word and His World really do agree. (Longer version of this lecture: Part 1 focuses on Creation; Part 2 focuses on the Fall, the Flood and beyond.)

What To Do When You Don't Have an Answer (Dave Nutting)

What do you do if you just don’t have an answer  to those tough questions? This session will help “Fire-Proof” you and your  family to stand firmly on the Word of God. It gives answers for common “proofs”  of evolution and teaches you to ask the right questions. Dave shows you how to  use the “STOP” method when you have no clue how to answer an evolutionary  argument. This session is GREAT for students!

It's About Time (Dave Nutting)

Just how old is this place called Earth? Dave  uses scientific evidence, good humor, and high quality graphics to help you  discover why the evolutionary assumption that the earth is ancient isn’t  necessarily true. He exposes the assumptions behind traditional dating methods,  demonstrates major problems with long-age dating techniques, gives examples of  other dating methods that give younger ages, and shows that geologic formations  which are conventionally thought to require eons of time to form, can and do form in moments.

Can you really trust  the Bible? Did God use evolution as His means of creating? Were the days in  Genesis 1 really days, or were they periods of time millions of years long?  This program explores ways in which Christians have tried to reconcile  evolution with the Bible, and demonstrates the difficulties of these compromise  positions. It encourages participants to stand firmly on God’s Word, beginning  in Genesis.

The Gospel begins in Genesis. The  Creator of the universe is also our Savior. In this presentation, Dave and Mary  Jo share stories and testimonies of God’s faithfulness in allowing them to  share the message of creation and the cross here in the States and to the ends  of the earth. You will be encouraged by hearing evidence of God’s provision and  protection, and challenged to follow God wherever He leads you. Join us for an exciting adventure in world missions.

The  evidence is on the side of the Christian. So what are you going to do with it?  Scripture tells us to “not be taken captive by philosophy,” to “stand firm,” and  to “be ready to make a defense.” We need to pay close attention to theses  passages, however, the Bible also encourages us to go on the offensive, ie to  take ground. Using many high quality visuals and drawing on lessons from  nature, and his experiences as a creation speaker for more than 25 years, Dave  gives insights into how to proceed so that the “Gates of Hell shall not  prevail.”

You Can Do It! A Homeschool Pioneer Shares Challenges and Insights (Mary Jo Nutting)

What was it like in those early days of homeschooling?  What has stood the test of time and what would I do differently? Using personal  experience and insights from Scripture, Mary Jo presents a commonsense approach  to homeschooling based on the principles of Design, Discipleship, and  Dedication. With compassion and enthusiasm, she loves to encourage both  newcomers and weary veteran homeschoolers that with God’s help and some simple  understanding, “You Really Can Do It!”

In Proverbs 6, we are told to go to the ant and  learn. What can we learn from creation? Join Dave Nutting as he shares  fascinating “Creature Features” to bring important and timely  “Lessons from Nature.” Using colorful, interesting, and often unusual  illustrations, Dave draws parallels from creation that apply to our own lives  and the lives of our children. This program is appropriate for elementary-aged  students through adults, so bring your family and friends.

Are Your Children Really Prepared for the Attack? (Dave Nutting)

Few  parents understand the intensity of the attack on their children’s faith which  will escalate to a ferocious battle in “higher academics.” Homeschoolers  are not immune to the systematic “de-faithing” they will likely encounter from  the schools, universities, friends, and the internet.  Having spoken to many university audiences  over the years and seeing what has trapped even solid kids, Dave’s impactful  powerpoint presentation will sound the alarm and help you prepare them well! Parents,  make sure your middle school and teens (and even upper elementary) students also attend this session.

Year-long Worldview Training for Ages 13-22 meeting weekly on Friday mornings (10 am – 12 pm) starting Sept 11th after introductory day of training on Aug 29th. Live or Online: We will be meeting live and in person and also online using Zoom for those who are not local. For those local, we will meet at the Alpha Omega Institute ministry center located at 1011 N 10th St, Grand Junction, CO 81501. If you are...
View Calendar