If one were to try to fit the supposed 13.7 billion year history into the Bible, one would run into problems with the order of Creation as described in Genesis 1. According to the Bible, the Earth is created before the sun. Plants are also created before the sun – causing problems for the views that suggest that the days are long periods of time – because plants wouldn’t last more than a few days without the sun!

To try to fit the long periods of time as described by naturalism into God’s explanation of Creation, one then has to twist Scripture or do some funny things to reinterpret Scripture. God seems to have written the account pretty clear and straightforward, though it just doesn’t fit the secular models. But God could have created it all in 6 hours, right? 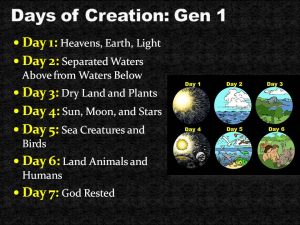 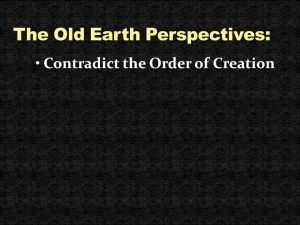 Imagine what Noah felt like – knowing God’s plan for more than a hundred years building the ark and even the last seven days before the flood. And Noah was obedient, are we obedient to God’s calling on our lives? pic.twitter.com/Hnw3ykJJTN

It spews it’s guts – literally…but it regrows them – can you evolve to do that?? Evidence of Design! Watch more about that here: youtube.com/watch?v=EkTzQn… pic.twitter.com/f8yljlXl5v