A STEP INTO TEXAS HISTORY

Posted by Alpha Omega Institute on Mar 17, 2017 in Blog Posts, Johnsons from the Front | 0 comments

This past January, during our winter Discover Creation tour through New Mexico, Texas and Oklahoma, Marilyn and I were able to “step back” into part of Texas history when we had the opportunity to teach at the Independence Baptist Church located in the small town of Independence, Texas.

The Independence Baptist Church was organized in August 1839. Since it was begun, the church has never ceased to meet, making it the oldest continuously serving Baptist church in Texas. It was the leading Baptist church and supporter of missionary work during the time of the Texas Republic. The first church services were held in a nearby school building, a short distance to the west of the present day building.

Until 1853 the church congregation met in university buildings, but then moved to donated property and built a new meeting house, located on the present day site. In 1872, the church building was heavily damaged by fire. The pulpit furniture and pews were salvaged and installed in a new stone building, which still stands today. 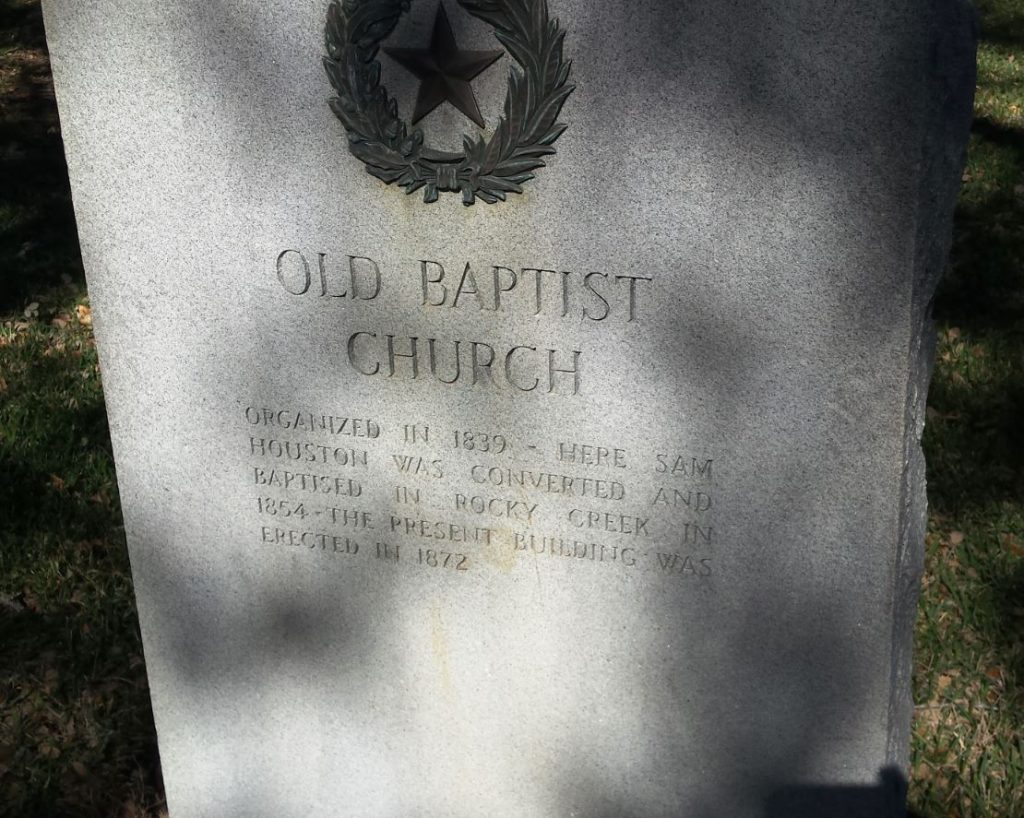 Another interesting part of Independence Baptist Church’s history – it was the church of Sam Houston, who was baptized there in 1854. In 1836 Sam Houston was commander of the army that defeated Mexican General Santa Anna, securing Texas’ independence. He was the president of the Republic of Texas in 1836 and then again in 1841. When Texas became a state in 1845, he served as a senator, and then governor in 1859, that was until Texas seceded from the Union in 1861.

When the town of Independence refused the railroad right-of-way, the town’s trade began to die. Students found it difficult to travel to or from Independence. As a result, Baylor University was moved in 1885 to Waco, TX and the women’s college to Belton, TX where it was renamed the University of Mary-Harden Baylor.

About 10 years ago, the church built a new building across the street. An addition was built onto the north side of the old church, which serves as a museum today. The church still holds special services at the old historic church.

If you ever happen to be in the area, and like history, I highly recommend taking some time to visit Independence, TX. Although you will find a lot of history in Independence, you might want to pack a lunch and be sure your vehicle is fully fueled, because you won’t find businesses to meet your needs. And the great thing, after your tour, only about 15 miles away you can visit the Blue Bell Ice Cream factory in Brenham, TX. You won’t be disappointed!