Not Just a Bible Story

“Dad, at the library today I heard a lady tell another lady that you can’t believe in a worldwide flood. She said it was just a silly story found only in the Bible. That’s not true, is it, Dad?” asked Mary.

“No, Mary. That is not true. I remember reading about many different cultures from all around the world telling about a worldwide flood.” Mr. Jones went to the bookshelf and after looking for several minutes, finally pulled out two books. “Let’s see … here in Dinosaurs by Design, by Dr. Duane Gish, he says, there are ‘more than 270 flood stories and historic records found in many parts of the world.’ “

“After the Flood, God wanted man to spread out all over the earth; however, man once again disobeyed the Lord, staying in one place. That account is found in Genesis 11 of the Bible – the account of the Tower of Babel. There we learn that there was only one language. By giving the different families new languages, the people could no longer speak or work together with other families. This forced the people to spread out and fill the earth as God had wanted.”

“Here in the book, Noah’s Ark and the Ararat Adventure, John D. Morris says, ‘Wherever people went, they would tell their children the story of Noah and the Great Flood. As time went on, some story-tellers would add to or change the true story. Only God’s Word, the Bible, still has the true story.’” read Mr. Jones.”Gish and Morris both show many stories of how the true Biblical story has changed over time.”

“Mary would you like to read some of these stories, and tell me about them?” asked Mr. Jones.

“Sure Dad,” Mary answered. “In Hawaii there is a story about how the people became very wicked, and the world became a terrible place to live. One good man named Nu-u built a house on a great canoe and put a lot of animals on it. There was a great flood that killed all the people except Nu-u and his family.”

“The Babylonians have a story about their ‘gods’ telling a man to build a boat and fill it with his family, food, property, and animals,” read Mr. Jones. “Then a rain of only six days caused a great flood. After the flood, this man sent out a dove, a swallow, and a raven. After getting off the boat, he sacrificed an animal to the ‘gods’.” 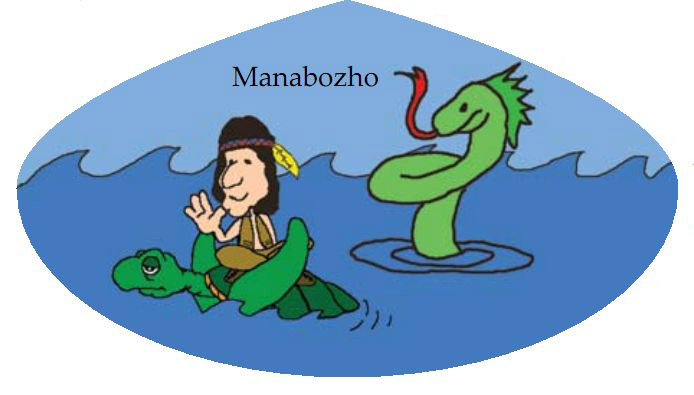 “Dad, here is a story from North America,” continued Mary. “The Lenni Lenape Indians tell of a powerful snake that made all the people wicked. The snake made a flood destroy everything. On an island was a man named Manabozho. He rode on the back of a giant turtle to be saved from the flood.”

“There are many more of these stories of a flood from different people groups all over the world. Here is one I read about the other day from a daily devotion I get from Creation Moments ([email protected]),” said Mr. Jones. “Living in China are the ancient Miatso people. They are not Chinese nor are they related to the Jewish people. ‘When the first Christian missionaries visited the Miatso people, they were surprised to learn that the Miatso remembered not only the creation, but also Noah’s Flood quite accurately.’ “

“Here is something interesting,” continued Mr. Jones. “In Hebrew, Adam’s name means ‘earth’ or ‘clay’, and the Miatso name for the first man is ‘dirt’. Adam had a son named Seth, and in the Miatso language that son’s name was Se-teh. In the Bible, Noah is the builder of the ark. The builder of the big boat in Miatso is called Nuah. Noah had three sons: Ham, Shem and Japheth. Nuah had three sons: Lo Han, Lo Shen and Jah phu. The Miatso say they come from the family of Jah phu.”

“You see Mary, the Flood is not just a silly story. Many cultures, even though they have changed the true account of the Biblical Flood over time, still have the knowledge of a worldwide flood.”

[Note – Dinosaurs by Design and Noah’s Ark and the Ararat Adventure, used for some of the information above, can be purchased at our store.]

Originally Published in the March/April 2011 issue of Kids Think and Believe, Too!