Alien Solar Systems – What Have They Revealed? 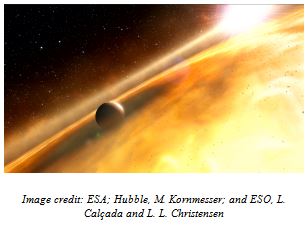 Is our Solar System special?

Science media and textbooks have always said that the answer is no. We live in a ho-hum, average Solar System. There’s nothing special or unusual about it.1

But lately, even secular astronomers are being forced to admit that the truth is quite different. Apparently our Solar System is very unusual.

You’ve probably heard that scientists have been diligently searching for exoplanets (planets outside of our Solar System), using a variety of new techniques. 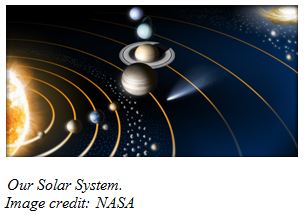 Just a couple of decades ago, no exoplanets were known. Now the count is approaching 900, with another couple thousand candidates under investigation.

Recently a paper was published in Science2 that summarized the characteristics of these planets. It’s forcing people to face an issue that’s been quietly growing worse and worse for the astronomical community: the realization that exoplanets do not support the secular origins model for our Solar System.

Not So Obvious Anymore

Before we started finding exoplanets, secular astronomers were confident that there were countless Solar Systems ‘out there’ in the Milky Way that were just like our own.

After all, astronomers ‘knew’ that our Solar System formed all by itself billions of years ago, from a big cloud of gas. And since it happened here, it must have happened countless other places too. 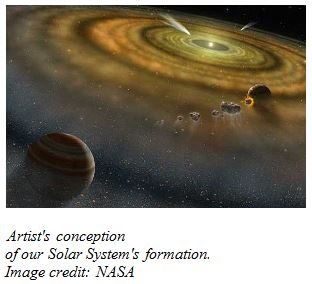 This process was well understood. Supposedly, as the primordial gas cloud collapsed under gravity, it formed into a disk shape.

That’s why the planets all orbit the Sun in the same direction today, with all their orbits lining up fairly closely into a disk that’s aligned with the Sun’s equator.

Also, different elements condensed out of the cloud at different distances from the Sun.

The gas-cloud-to-planets model has been taught for decades.

In fact, it’s fair to say that most astronomers assumed our Solar System was inevitable, once you started from an appropriate gas cloud.

And with 100 billion stars in our galaxy, surely there would be millions, maybe even billions, of other Solar Systems out there, with roughly the same characteristics as ours.

This prediction was simple and straightforward. In fact, the whole idea seemed rather obvious.

It was also completely wrong.

These planets have not matched secular expectations.

There are huge gas giants orbiting their parent stars at ridiculously close distances – far closer than Mercury orbits the Sun. In fact, some of these planets orbit their stars in just a couple of Earth days.

Many of these are known as “Hot Jupiters”: gas giants roughly the size of Jupiter, orbiting their stars so closely that their atmospheres are estimated to be about 1,000 Celcius (1,800 degrees Fahrenheit). 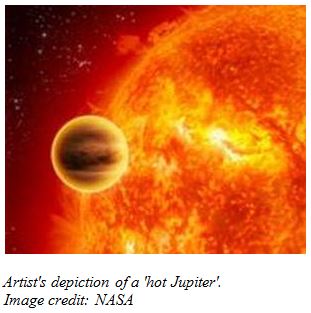 In secular models, only terrestrial planets are allowed to form this close to a star. Gas planets can only form out beyond the “frost line” – a distance far enough away from the star that water, ammonia, methane, and other ices can condense. (In our Solar System, this is beyond the orbit of Mars, in the middle of the asteroid belt).

So Hot Jupiters aren’t supposed to be there, so close to their stars. But there they are anyway.

Some other systems do have terrestrial inner planets, as expected. But these planets are ridiculously close to their stars too, which was unexpected. Some whip around their stars in just a couple of days.

Many strange systems have been found. A fairly common configuration is for a pair of Neptune-sized planets to orbit their star very closely. Again, the secular model can’t explain this.

We also see lots of systems with planets intermediate in size between Earth and Neptune. Our Solar System – which was supposed to be the model for all other systems – has exactly zero planets like this, but they’re apparently common elsewhere. 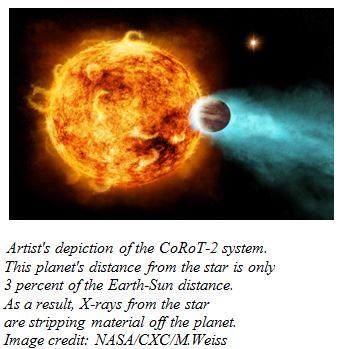 Then there are the planets that have been found with orbits that are highly inclined (tilted to the equators of their parent stars). Secular models predict that planets will have very low inclinations – but often, the opposite is being found.

My personal favorites are the planets which have retrograde orbits. In other words, they go around their parent stars backwards, compared to what secular models predicted.

These exoplanets have made a real mess out of secular origin models for our Solar System. As Caltech astronomer Mike Brown told NPR3:

“Before we ever discovered any [planets outside the solar system] we thought we understood the formation of planetary systems pretty deeply… It was a really beautiful theory. And, clearly, thoroughly wrong.”

Astronomers are now scrambling to explain these new discoveries.

There are all sorts of new theories about how hot Jupiters formed out where they were ‘supposed’ to, and then moved inward…

…and how inclined planets formed where they were ‘supposed’ to, and then moved outward…

…and how the “missing” planets in eccentric single-planet systems formed where they were ‘supposed’ to, but then got ejected… blah blah blah.

And the only thing they prove is that astronomers can have active imaginations.

There’s also a key point that is being ignored: if all these planetary migration and ejection processes are so common, then why didn’t they happen here in our Solar System?

Add it all up, and it seems our local cosmic neighborhood isn’t so ordinary and average as secular scientists have claimed.

Apparently, our Solar System is pretty special after all.