Scientists Now Searching For Aliens Who Use Hairspray

– From the you-couldn’t-make-this-stuff up department 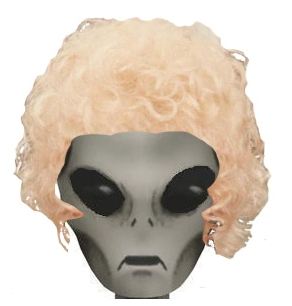 Earlier we saw that evolutionists are eager to find life on other planets. But so far, the most likely candidate—Mars—isn’t cooperating.

So where else can they look?

Well, some evolutionists are fond of pointing out that we’ve found lots of planets orbiting other stars.

These exoplanets would be dandy places to look for life, or so they say.

Problem: exoplanets are far out of reach for our spacecraft. There’s no way to see if any life is out there.

Then again, maybe there is.

According to four secular researchers, we could actually detect aliens there—because they use hair spray.

These researchers explain1 that on Earth, humans have created household products like hair spray.

Many of these products include chemicals like chlorofluorocarbons, which on Earth are “entirely artificial (man-made) chemical molecules… There are no known natural process [sic] that can create chlorofluorocarbons in the atmosphere, which makes them a great candidate as ‘biosignature’.”

Therefore, “Detecting alien ‘hair spray’ in the atmosphere of an exoplanet would be a strong signal for intelligent life existing on the surface.”

And so, these scientists are trying to raise $24,0003 to find alien hairspray.

This might sound wacky, but it’s not as bad as other ideas we’ve seen.

Remember the evolutionist who warned that if we didn’t halt global warming, it would trigger an alien attack?

Or the evolutionist who said that alien planets have “advanced” dinosaurs, and we’d better hope that we didn’t meet them?

Compared to some of their colleagues, the researchers looking for aliens with big hairdos don’t look so bad.

as originally published in CREATION ASTRONOMY NEWS – Volume III, #3 (sign up for the newsletter at his website)