Several years ago we were hiking on the Grand Mesa near our home town of Grand Junction.  The day turned cold and very foggy.  In the dense woods, it would have been very easy to get lost. 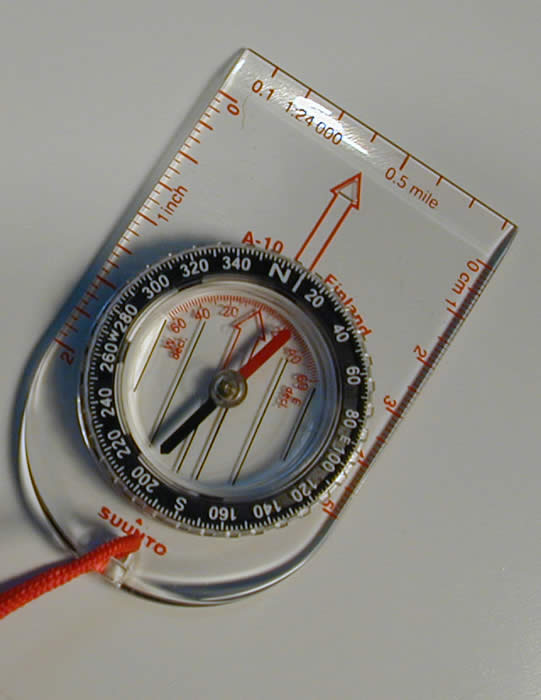 Fortunately, we had our compass with us and Davewas quite familiar with the area.  He knew there were roads on the north and east sides of the area in which we were hiking, so we began to follow our compass north, heading for the road on which we were parked.

As we made our way through the dark woods, we met a couple hunters.  We talked a bit and they told us we were going the wrong way to get back to our vehicle.  They had seen it and were sure we were really off course.  We re-checked our compass and told them we thought they were turned around, but they insisted our compass was wrong, after all they had hunted the area for years and “knew it like the back of their hand.”

We warned them once more that they were the ones who were lost, but they wouldn’t listen.  We parted company—they continued following their instincts, and we kept on following our compass.  In just a short time, we emerged from the woods onto the road and walked quickly to our car.  Those guys must have had quite a hike that day!

That experience taught us a valuable lesson.  We could easily have believed those guys and disregarded what our compass was telling us.  After all, they were so sure – they “knew” what was right.  However, regardless of what others said and what our natural instincts were, our compass was true.

We often meet people who vehemently claim the Bible is false.  All around us the “experts” are telling us that they “know” better.  Evolution is presented as a scientific fact which all knowledgeable scientists accept.  We are told that all the evidence confirms it, and that only naïve, un-educated, “Bible-thumpers” doubt it.  Teachers, textbooks, TV, magazines, and museums all confirm it.  How can we continue to believe the Bible when there are so many who “know” that evolution has been proven?

Men can easily become “lost” and wander around in the woods as they listen to others.  They get confused because they don’t have all the facts.  Science is constantly changing because people are continually discovering new facts about our world and universe, but God’s Word never changes.  It, like the compass, continues to point true.  Which will you follow – the “compass” or other “hikers,” the Words of One Who was there and knows everything, or the words of men who weren’t.  We were certainly glad we followed our compass that day in the woods.  How about you?  Are you following your compass?

Originally published in the September/October 1993 Think and Believe newsletter.