An Alien Attack is Coming!

I wish I were making this one up. But alas, I’m not.

Three scientists – one of which works for NASA – recently published a paper (1) categorizing the various things that will happen when some form of ETI (extraterrestrial intelligence) finally contacts humanity.

Some of the possible encounters would have happy endings.

I especially liked the scenario where the Earth is attacked by a powerful group of aliens, which of course would be much more powerful than us (since they have space technology and we don’t).

But then, just before we get wiped out, a second group of aliens comes to our rescue, helping us to defeat the first group.

As the three scientists helpfully noted, this is a happy ending for several reasons.

Not only would we get the major moral victory of defeating a daunting rival, we’d also benefit because we could reverse-engineer the aliens’ technology.

Nevertheless, not all possible encounters have such happy endings as that one. The three scientists warned that no doubt, many ETs are very hostile to us.

Therefore, it’s in our best interest to hide from the hostile aliens until our technology is as good as theirs.

Of course, being hostile aliens, they’ll be hunting for us very diligently.

And if you were a hostile alien, looking for a less-evolved species to wipe out, how would you find your next victim?

Well, the answer is obvious. You’d look for a planet with…

The scientists explained that mankind’s “negative environmental impact” is an open invitation to some cosmic bullying. Global warming from greenhouse gas emissions might trigger an attack from hostile ETs.

Why? Because rising levels of greenhouse gases show that “we have already altered our environment in ways that may be viewed as unethical” by progressive aliens.

Thus, we’re liable to a “preemptive strike” by environmentalist ETs.

Along with this warning about an intergalactic Greenpeace, the scientists list lots of other reasons why aliens might arrive to kill, eat, or enslave us.

They warn that it’s vital for us to “limit our growth and reduce our impact on global ecosystems,” and that it’s “particularly important for us to limit our emissions of greenhouse gases” in order to avoid this scary fate.

No, I’m not making this up. This laughable rubbish actually passes for science today.

Here’s something that’s not so laughable. Since one of the authors works for NASA, we can presume that US taxpayers paid his salary while he worked on this report.

I want my money back. 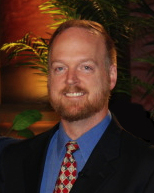 as originally published in CREATION ASTRONOMY NEWS – Volume II, #3 (sign up for the newsletter at his website) reprinted with permission from the author.